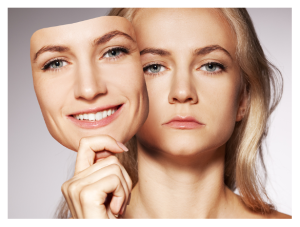 “Don’t give them the satisfaction that they got to you.”

My mother told me, when I was a girl. It hurt her to see me hurt. On several occasions I came home crying because of comments kids made about my weight. I cried a lot back then. Overtime I took her advice to heart. As someone made fun of me, with tears rolling down my eyes, I clenched my teeth. Over time I stopped crying, but the damage had already been done. Through I have gotten over the sting of those comments, the echoes can still be heard in rare moments that catch me off guard. But this post isn’t about body image or bullying.

In college, I was president of an organization that I spent countless time and energy toward improving. Later I found myself surrounded by a group of people, from that organization, who attacked the parts of my character that I identified with the most. In the midst of hearing their ills towards me I sat with my head high, emotionless and in silence.  Inside, my heart was breaking. I could see the group trying to assess if their words had any impact on me and assess what if anything I was thinking.

In reflection on that moment, one of my friends was impressed at how I didn’t cry, because if she were me in that moment, she would have broken down.  I did break down…not in public, but in private. I cried two solid days without stopping. I pride myself on my ability to control my emotions and it worried me that I couldn’t control them then. What happened that day broke me. It took every ounce of my energy to press through the week, that month and the rest of the year. (That event was the catalyst of my habit outlined in Out with the Mold.)

It wasn’t until, five years ago through my first acting class that I realized in moments of vulnerability or threat (i.e. people who try to provoke emotions or get reactions from me) I am stoic.  This was an eye-opening realization because I always feel so much and it makes me sad that those emotions were not coming through. I am one of the lucky ones because while I haven’t and don’t always show my emotions, I still feel and understand them. I don’t suppress them, like many people do, which is both unhealthy and dangerous.

I am a woman and I am “allowed” to be emotional.  There have been times where I have chosen not to cry in front of my male friends for the fear that it brings them in not being able to handle them. Emotions make us human and are our release. I can’t imagine a life of only being able to express anger, pleasure and pure excitement. There is a range of emotions out there, that can be scary at times, but they tell us how we feel about a person or situation.  As I’ve gotten older I have not only learned to trust my intuition but to also listen to pay attention to what I feel.  Emotions are a tool to cope with the beautiful and the hard.  I am thankful to know this part of myself and thankful that I express the range of emotions that make us human.