Happy Wednesday.  This weeks Wisdom Wednesday I saw a few years ago on Facebook.  The message from the interview 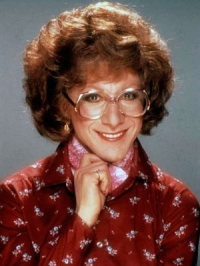 always struck a chord with me as a student of acting and improv.

When you step into the shoes of a character and get to know that character you are never the same.

Over the course of studying a character, an actor will naturally start to see the ways they are the same and different from the character that they are playing.

In some cases, the character’s life informs the actor on areas of future personal growth.

For example if a character is more outspoken, but the actor tends to be shy it could lead an actor to be more bold and speak up more in the future.  Playing a care-free character when an actor is closed off, it can prompt the actor to explore ways to be more open.  This weeks wisdom comes as a result of an actor Dustin Hoffman stepping into the shoes of Dorothy Michaels from Tootsie.