The first breakup that I wrote about in Breakeven pt II was very difficult for me.

A sliver of it stayed with me up to My Month of Writing. I believed I experienced my one shot at love and I felt it was wasted on someone who didn’t appreciate me or know how to fully express how he felt about me. After the break up in the fall of 2009, I focused my energy on getting to the next level of my career which included saving money to move to Los Angeles within the coming year. My vision worked exactly as I imagined. By the fall of 2010, I not only moved to LA with a job, but I worked from movie to movie without any breaks in between. 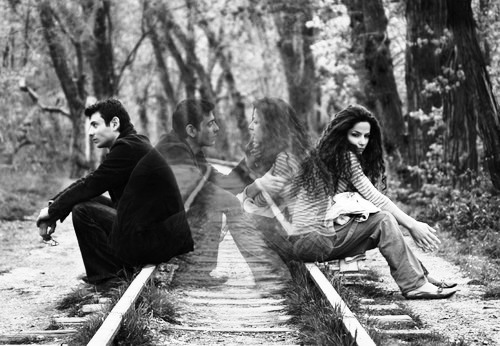 By May of 2012 my personal life was non-existent. I worked 50-60 hour weeks (an industry standard) for a year and a half. The transition into the industry made it very difficult for me to balance my life, I didn’t have a lot of friends and dating was not even an option or on the horizon because I rarely went out. The few friends that I made, moved away and for the most part weekends were designated for chores and rest.

Two months later, when I made last minute plans with a friend, I met someone. He was my friends friend that we ran into that same night. We started talking and slowly I could see that he was falling for me. It was nice to meet a grounded guy who worked in my industry because he could understand its demands. By the following week we went on our first date, and by that weekend we were on our second date. We were setting a foundation for a good relationship that had promise.

A few weeks after we started to date I started a new job, I stepped into a new position which meant more money and more responsibility. Because of work demands, I was only able to catch up and meet up with him on the weekends. On top of that, we both questioned our careers in the industry because of its demands, we wanted to focus on writing and we even thought of alternative careers outside the industry. One weekend he came over and I knew this was going to be the end. We didn’t fight, we didn’t argue, but distance had weighed on us and it was clearly felt.

We dated for two months and while I could see us dating for more, we both felt that a breakup would be for the best because he and I were both in life transition and unsure of where we really wanted to be as individuals. Even though the time on our relationship ran out or would have ran out if we dated longer, I once looked back to that break up because we had a good chance. He could express how he felt about me, he had many great qualities and more importantly, he helped me rewrite the belief that I would never find love again. This particular relationship and breakup was a gift, but the breakup itself was the biggest gift of all. It was the “inciting incident” that changed my life, and I believe life wanted me to recall it now for reasons which I will write about in next weeks free write (My Inciting Incident).

Stephanie Marie began practicing mindfulness, meditation, and yoga in 2013. Nine months into her practice, she found her voice and launch her Mindfulness blog, Illuminated Voice. She is a group facilitator, yoga teacher, empowerment coach, and founder of HeartSpace Circle. In her free time, she enjoys taking art classes, listening to music, exploring the city, and spending quality time with loved ones. Stephanie holds a B.A. in Human Communication from Arizona State University and studied improv, acting, filmmaking, and anything related to her passion, human connection. As a blogger Stephanie writes about the importance of vulnerability, listening to your inner voice, honoring yourself, and speaking your truth. View all posts by Stephanie Marie

I appreciate your words. Thank you!