Two weeks ago I scratched the surface on break ups with Breakeven pt. I. Once a relationship ends it feels like there is a real or imagined imbalance between the parties involved e.g. one person grieves more or dates right away and sometime one person finds their future spouse.

We all grieve in different ways, When an ex appears to be okay, they may be trying to save face. Or the reality of being split, may not have set in yet. I have seen friends (both men and women) who were okay with a break up when it occurred, but broke down months or years later. Even when we know that a break up was for the best, their are always those annoying questions that pop up that play with our mind and taunt us with the series of what if’s. 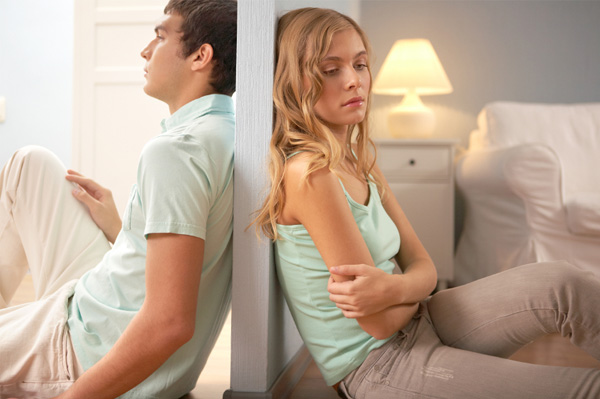 Grieving takes time and sometimes understanding takes longer. Sometimes we don’t always get the resolve that we want or deserve; for those occasions it’s important to let the dust settle on the past relationship, questions and all.

This is necessary, to give yourself and your future a fighting chance at the love that is best suited for you.

There was a relationship that I had years ago that I ended for several reasons. There were things that my ex did shortly after we were broken up that affirmed my reasons for the breakup. What he doesn’t know and may never know is that he helped me close the chapter on any part of us, by those very actions, which is why we are not friends to this day.

When we broke up I was very open and honest about why I felt we shouldn’t continue as a couple. I made sure to speak to every possible question that he may have in the future so that he wouldn’t live in a place of questions going forward. What I didn’t do for me, was get my questions answered because I didn’t have any at that time. The questions came the more I processed the relationship in full, but since we are not friends, I never got answers. Again, sometimes we don’t always get the resolve that we want or deserve; for those occasions it’s important to let the dust settle on the past relationship. I gleamed what I could from that relationship for understanding and moved on.

In January 2013, one of my girlfriends back home reached out to me. She told me she was working with my ex and would not let him know that she and I were friends. That July, I took 6 months off of work to rest because I was overworked. (A month into my six month hiatus I found my voice which ultimately let me to launch this blog.) During that break, I went home for a week at a time.

In December I caught up with this particular friend. She told me that she had grown to be friends with my ex and revealed to him that she is friends with me. In that instant he broke down, tears that I never saw from him when we broke up. He told her I was the one that got away. While I don’t feel the same way, I needed to hear his words because it answered the biggest question I had, “did you even care about me?” Sometimes we don’t always get the resolve that we want or deserve; for those occasions it’s important to let the dust settle on the past relationship. Sometimes we do get the resolve that we want and deserve and it can come at the most unexpected time in the most unexpected way.

(Life will always turn out in your favor when you lead with authenticity and love. This is one of two examples that supports that statement. I will write about the second example next week, which brings everything within my writing and my life full circle.)